Tracking the Hide-and-Seek Game Between Beaches and Tides 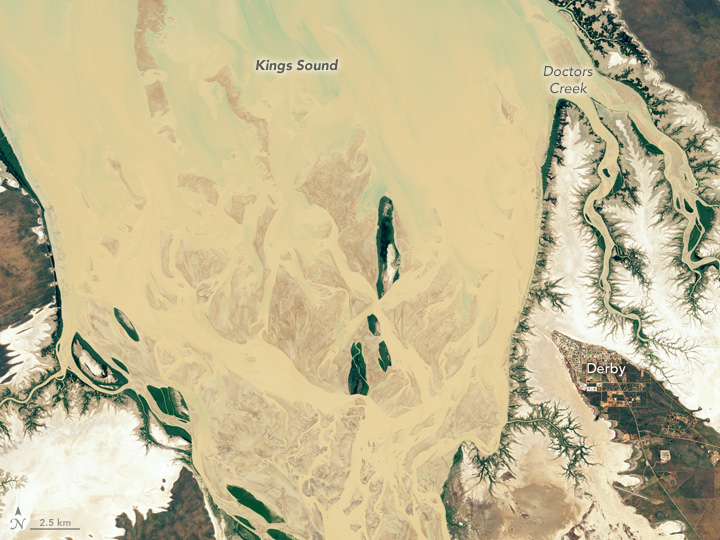 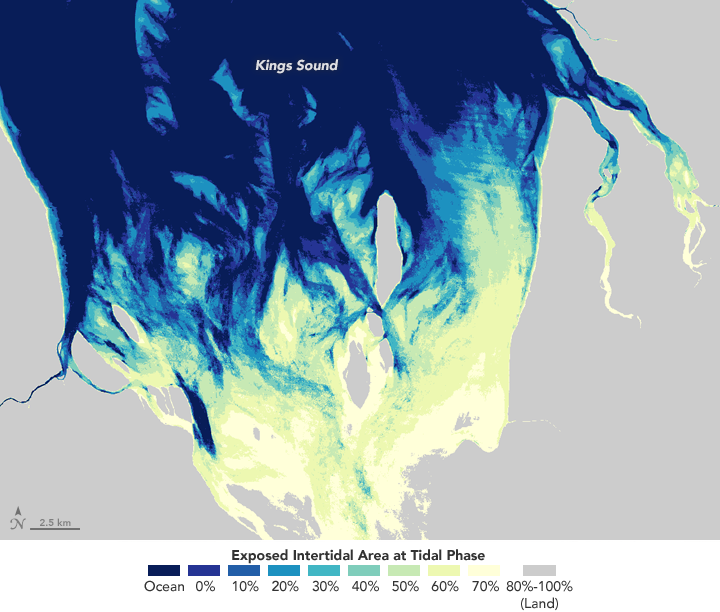 It is one of the marvels of the shore: the daily rhythm of the beach growing and shrinking with the changing tide. That beguiling strip of land revealed by low tide and concealed by high tide is known as the intertidal zone. It is beguiling to scientists, too.

To safeguard the benefits provided by the intertidal zone, coastal resource managers need reliable tidal extent maps. The need grows more urgent with the pressures of sea-level rise and land reclamation. But surveying this ephemeral landscape is difficult, especially when mapping large expanses of shoreline. A new and innovative automated mapping approach is changing that.

The image above shows an ITEM tidal extent map for Kings Sound, on Australia’s northwest coast. The sound’s massive tidal range is second only to that of the Bay of Fundy. Lighter shades show areas that are often exposed, while the darker shades indicate areas that are only above water at low tide. The darkest shade signifies perpetually submerged areas.

Stephen Sagar of Geoscience Australia led the ITEM effort, which was made possible by Landsat’s deep archive, Geoscience Australia’s repository of Landsat reflectance data, and an innovative data analysis approach. Sagar and his team used analysis-ready Landsat data going back to 1987. The collection of more than 200,000 coastal Landsat scenes enabled them to make tidal extent maps even for locations where cloud cover is a problem (such as ecologically important Roebuck Bay and the Kimberley Coast).

To make the maps, Sagar’s team added a tidal stage attribute to the dataset; that is, they tagged each Landsat scene with information about whether the tide was high, low, or somewhere in between. They then sorted all of the images into nine tidal stages and used a “wetness index” to determine if each Landsat pixel location was typically wet or dry at that tidal stage. The first continent-wide tidal extent map for Australia was created by combining those nine resulting wet/dry maps. 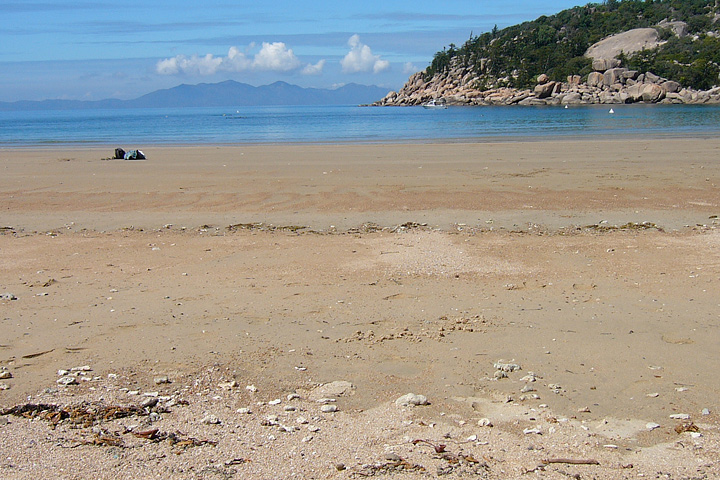 Since tidal extent is related to both the tidal range and the shoreline elevation, the dataset provides information about relative topography and coastal elevation. This has allowed ITEM to make meaningful contributions to the Northern Australian 100-meter bathymetry grid, a water depth chart for the region.

“ITEM has been able to provide topographic and elevation information in a remote region of Australia characterized by large tidal ranges and extensive intertidal regions,” said Sagar. “Many of these regions were previously unmapped.”

The methodology behind this mapping breakthrough could be replicated to map other coasts around the world.

A new technique allowed Australian Scientists to map the intertidal zone around their entire coast.

Mapping the Land Between the Tides

A new remote sensing technique could make it easier to map seafloor channels in coastal areas.