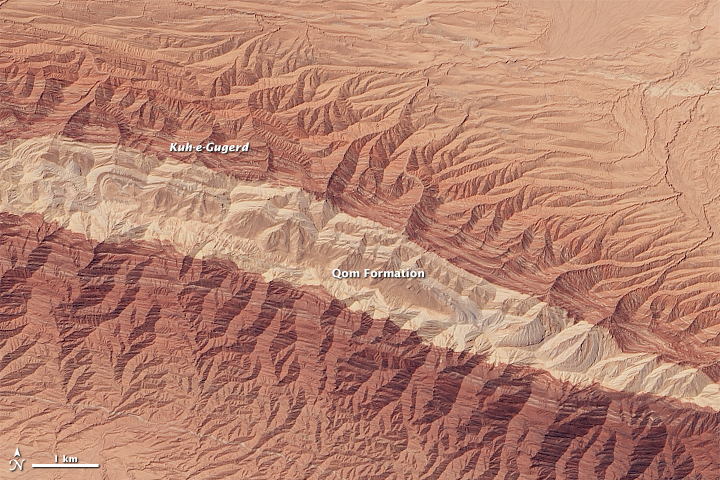 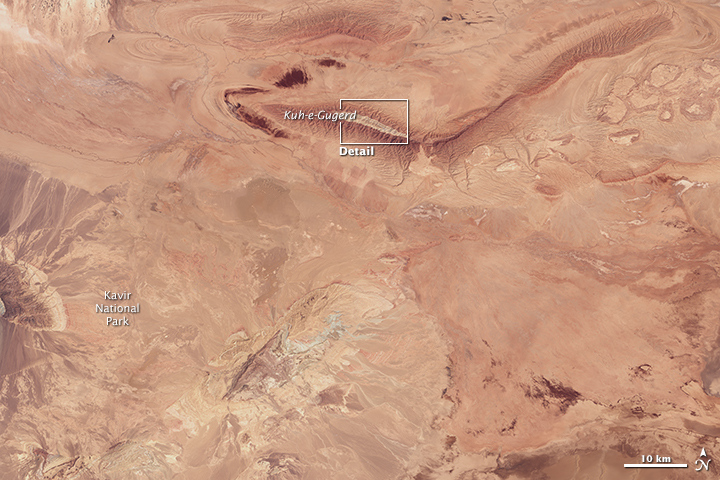 Iran’s Dasht-e Kavir (Great Salt Desert) is lined by the Alborz Mountains to the north and the Zagros Mountains to the south. The desert has not been immune to the great tectonic forces that raised up the Alborz. The relatively flat landscape occasionally gives way to small, elongated mountains.

One such mountain is Kuh-e-Gugerd (Kuh-e-Gugird), which rises about 600 meters (2,000 feet) above the desert plain. The Operational Land Imager (OLI) on Landsat 8 captured this view of the mountain on August 14, 2015.

Kuh-e-Gugerd means “mountain of sulfur,” according to Martin Jackson, a geologist at the University of Texas at Austin. “The name is probably related to the gypsum (hydrous calcium sulfate) known to be there.” Indeed, gypsum is present in some of the rocks visible at higher elevations (light brown in the image). But there is more in the mix: limestone, marl, and minor shale also contribute to what is known as the Qom Formation—marine sediment that was deposited in Iran tens of millions of years ago, during the Oligocene and early Miocene epochs.

The dark-brown areas at lower elevations are younger. These sediments, which consist primarily of mud rocks and evaporites (pale streaks), were initially shed from the rising Alborz Mountains about 60 kilometers (40 miles) to the north.

Mountains are not the only striking features of central Iran’s desert landscape. Just east of this image, about 50 salt domes and the sediments surrounding them have been folded and shaped into striking patterns that are visible in imagery from satellites and from astronauts on the International Space Station.

The “Mountain of Sulfur” rises from the desert in north-central Iran. 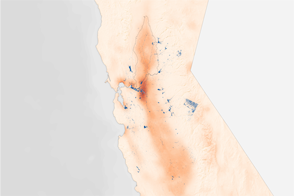 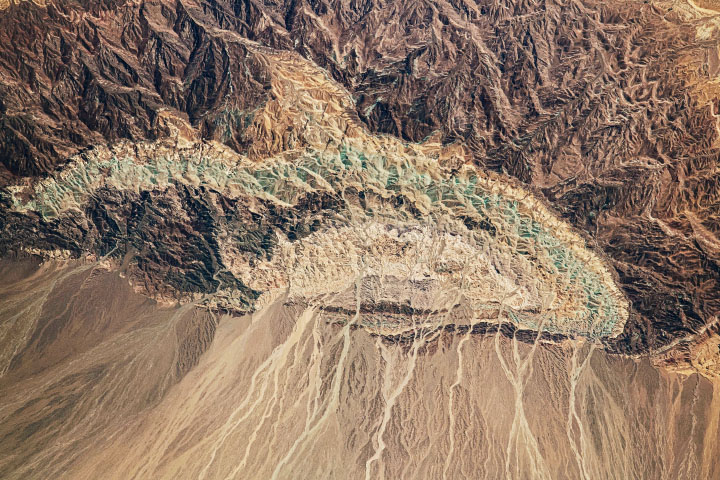 The desert mountain in Iran is a geologic menagerie of fault lines, exposed volcanic rocks, and alluvial fans.