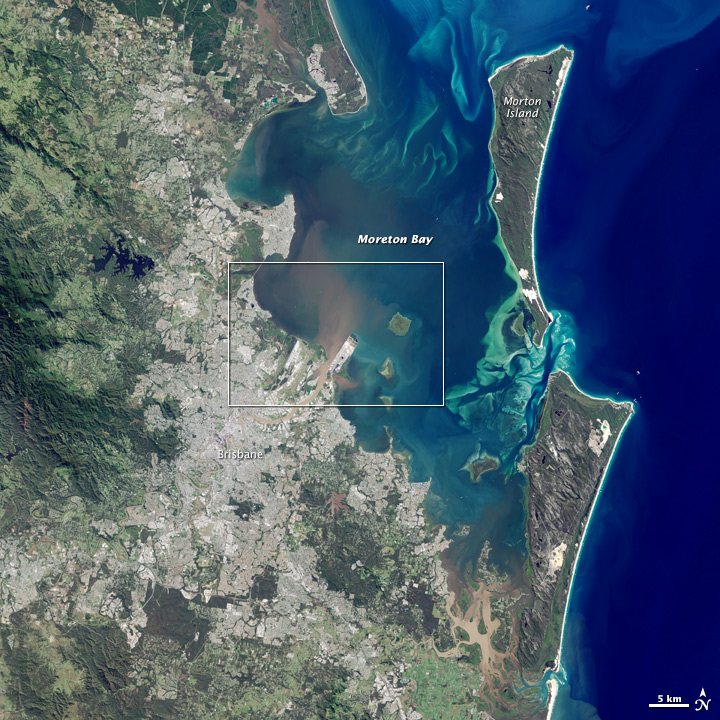 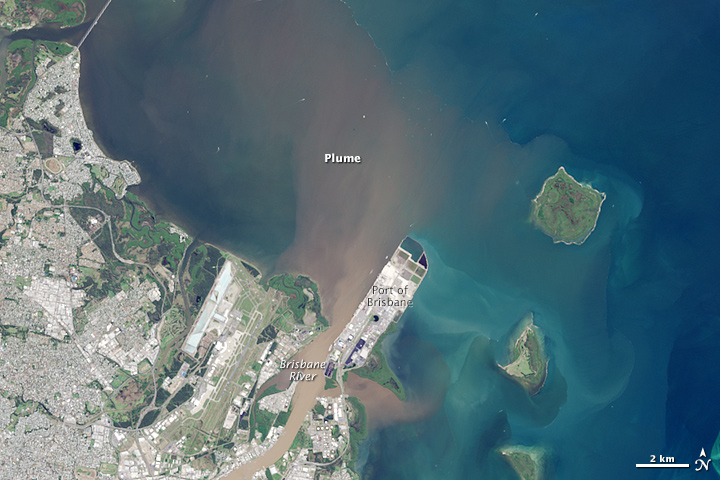 For the second time in as many weeks, the east coast of Australia was hit by a severe storm and deadly flooding. According to news reports, a storm on May 1, 2015, dropped more than 360 millimeters (14 inches) of rain within about three hours in southeast Queensland. As a result of the rainfall, flash flooding caused distinct river plumes to form along the coastline.

On May 3, after the storm had passed, the Operational Land Imager (OLI) on Landsat 8 acquired this view of a plume from the Brisbane River entering Moreton Bay. The second image shows a close-up view of the area.

“However, as you move farther away from the river mouth, the coarser sediments tend to settle to the bottom but the CDOM still hangs around in the water column absorbing blue light,“ McKinna said. “I expect it is elevated levels of CDOM causing the yellow-green patches in Moreton Bay.”

The May storm followed a disturbance that brought destructive winds and floods to New South Wales from April 20–22. And Australia’s west coast did not go unscathed, as rainfall from tropical cyclone Quang drenched the region.

Watch this animation, based on data from the Integrated Multi-satellite Retrievals for GPM (IMERG), to see rainfall accumulate around the Australian coast from April 28 to May 3.

When the rainstorm ended in southeast Australia, a brown plume emerged from the Brisbane River.

A season of extremes in eastern Australia took another dramatic turn in mid-February 2020.