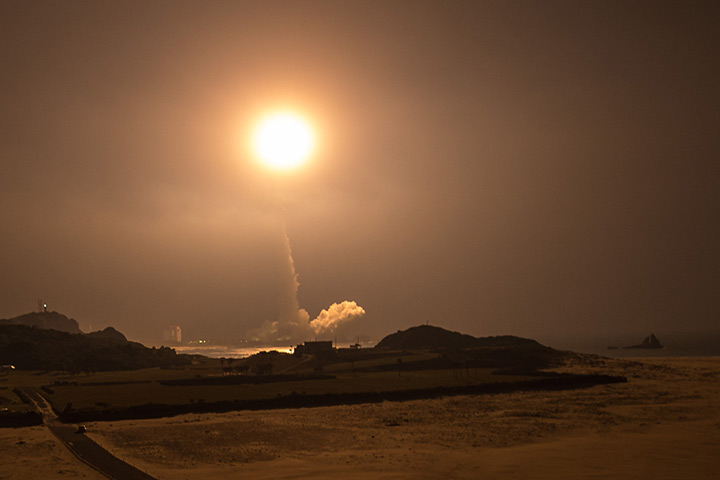 In 1997, the Japan Aerospace Exploration Agency (JAXA) and NASA launched a satellite designed to monitor the distribution and variability of precipitation in the tropics. More than 16 years later, that satellite—the Tropical Rainfall Measuring Mission (TRMM)—has some new company. On February 28, 2014, at 3:37 a.m. Japan Standard Time, an H-IIA rocket successfully carried the Global Precipitation Measurement (GPM) Core Observatory into orbit from the Tanegashima Space Center in southern Japan.

The nosecone fairing (protecting GPM from the drag of the atmosphere) was jettisoned four minutes after launch, and the spacecraft began transmitting telemetry to mission operators at Goddard Space Flight Center five minutes later. GPM separated from the rocket 15 minutes after launch and successfully deployed its solar arrays within 40 minutes. The satellite will assume a non-Sun-synchronous orbit 253 miles (407 kilometers) above Earth.

Together these instruments should provide a database of measurements against which microwave observations made by a constellation of existing and future satellites can be compared and combined to make a global precipitation dataset. Collectively, GPM and its partner satellites will quantify when, where, and how much it rains and snows around the world.

Photo by Bill Ingalls/NASA. YouTube video by JAXA. Caption by Adam Voiland, based on information from NASA news releases.

On a clear night in southern Japan, a new precipitation-monitoring satellite blasted into orbit. 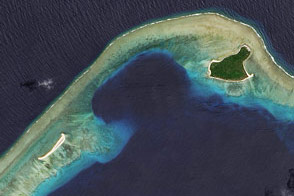 Eleven days after launch, the Global Precipitation Mission acquired this unique view of an extra-tropical cyclone over the North Pacific Ocean.

The newly launched Global Precipitation Mission expands on its predecessor, the Tropical Rainfall Measuring Mission, in its geographic coverage and its measurement capabilities.