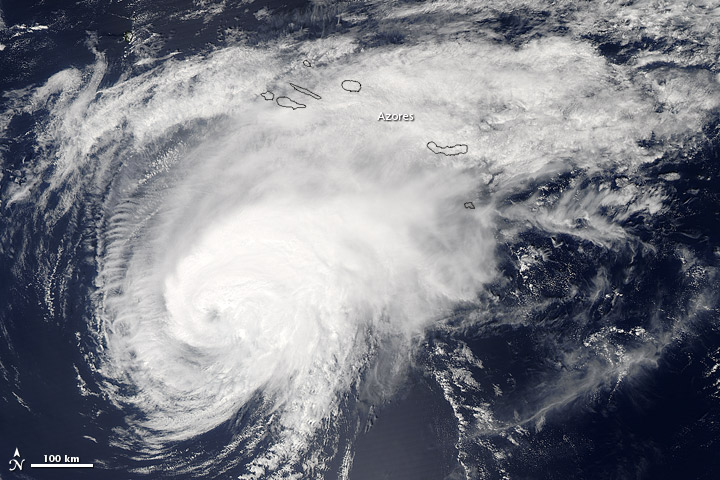 Gordon formed as a tropical depression over the Atlantic Ocean on August 15, 2012, and strengthened to a tropical storm the next day. By August 19, Gordon was a hurricane, extending clouds over the Azores. The island chain escaped major damage, according to news reports, and Gordon lost strength as it moved away from the islands on August 20.

The Moderate Resolution Imaging Spectroradiometer (MODIS) on NASA’s Aqua satellite captured this natural-color image of Hurricane Gordon on August 19. Situated northeast of the eye of the storm, the islands are outlined in black.

As of August 20, Gordon was losing strength, according to the U.S. National Hurricane Center. Gordon had been downgraded to a tropical storm, and was expected to transition to a post-tropical cyclone later that day. Meanwhile, damage in the Azores was mostly limited to broken doors and windows, with no reports of injuries.