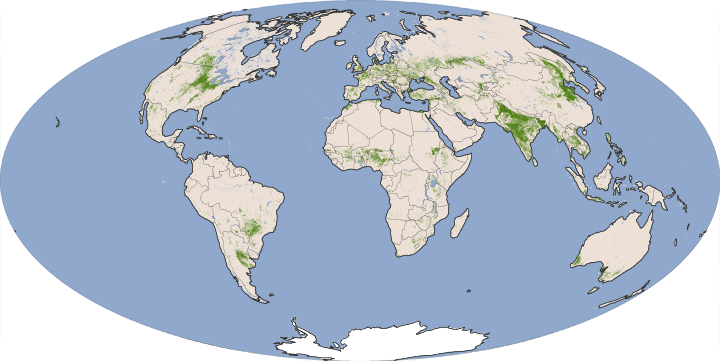 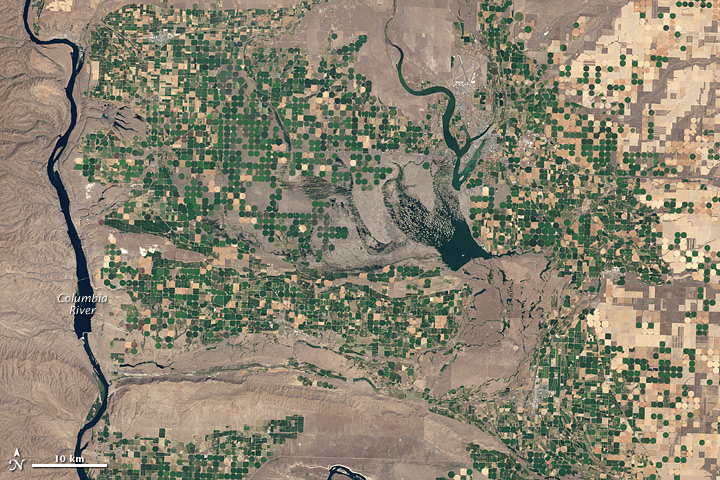 With seven billion people now living on Earth, the ever growing demand is putting unprecedented pressure on global resources—especially forests, water, and food. How can Earth’s resources be managed best to support so many people? One key is tracking the sum of what is available, and perhaps nothing is better suited to that task than satellites.

These two images show food production on both a global scale and a landscape scale. Made with data from the Moderate Resolution Imaging Spectroradiometer (MODIS), the top image shows where crops are grown throughout the world. Green areas are cropland, while tan areas are other types of land cover. In the last 40 years, cropland has increased by 70 percent to feed a growing population. Crops now cover about 40 percent of Earth’s land.

The lower image provides a landscape scale view of farming. The Landsat 7 satellite acquired the natural-color image on July 31, 2002. Bright green and gold fields stand out in stark contrast to the arid landscape along the Columbia River in western Washington. At this scale it is possible to gauge how healthy a crop is and estimate how much food it might produce. The United States Department of Agriculture uses such satellite data extensively to help determine where, when, and which crops are planted each year. They also use it to predict yields and to make commodity forecasts.

Measurements from the Landsat satellite also make it possible to tell how much water the crops consume in an arid environment. Such measurements are likely to become more important as demands on limited water resources increase. Currently, agriculture accounts for 85 percent of the world’s fresh water consumption.

“What we’ve done with satellites over the past 40 years is revolutionize how we monitor agriculture, forests, fresh water consumption, and other Earth resources required by the global population,” said James Irons, Landsat project scientist at NASA’s Goddard Space Flight Center. The worldwide pressure of feeding everyone requires a tool that has an impartial, world-wide view, making satellites a unique resource for scientists and policymakers alike.

Figuring out how to sustain the world’s growing population is a challenge that satellites can help resolve. 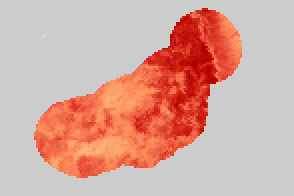 Ranching and farming operations have left a distinctive grid on the landscape.

About one third of Earth’s large groundwater basins are being rapidly depleted by human consumption even though we have little accurate data about how much water remains in them.