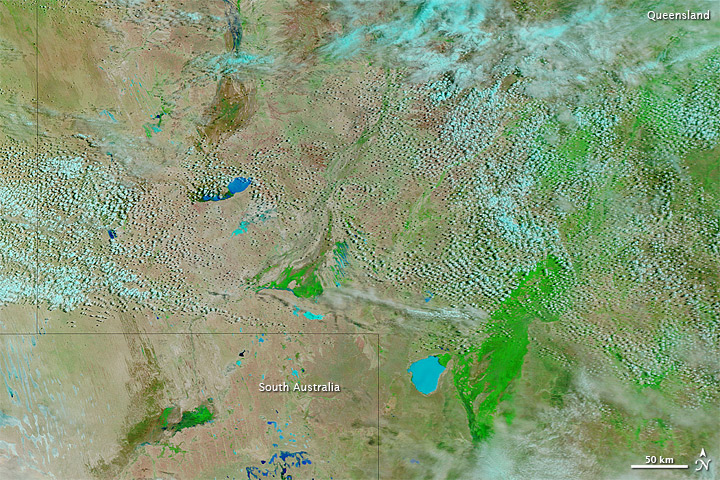 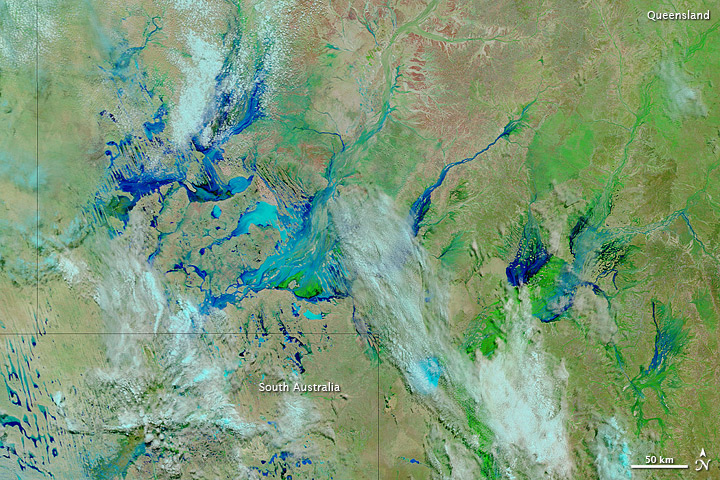 On March 2, water fills just a few channels and basins. Six days later, standing water is apparent throughout southwestern Queensland and northeastern South Australia. The largest expanses of water appear just north of the border between the two states.

Channel Country flooding is a fairly common occurrence at this time of year, but the summer of 2010–2011 proved to be one of Australia’s wettest on record, leading to extensive flooding. Agence France-Presse reported that Australia’s Bureau of Meteorology described average rainfall as 70 percent above normal. Topped only by precipitation received in 1973–1974, rainfall for 2010–2011 was the second-highest since recordkeeping began 111 years earlier. Meteorologists attributed the unusually heavy precipitation to La Niña weather patterns.