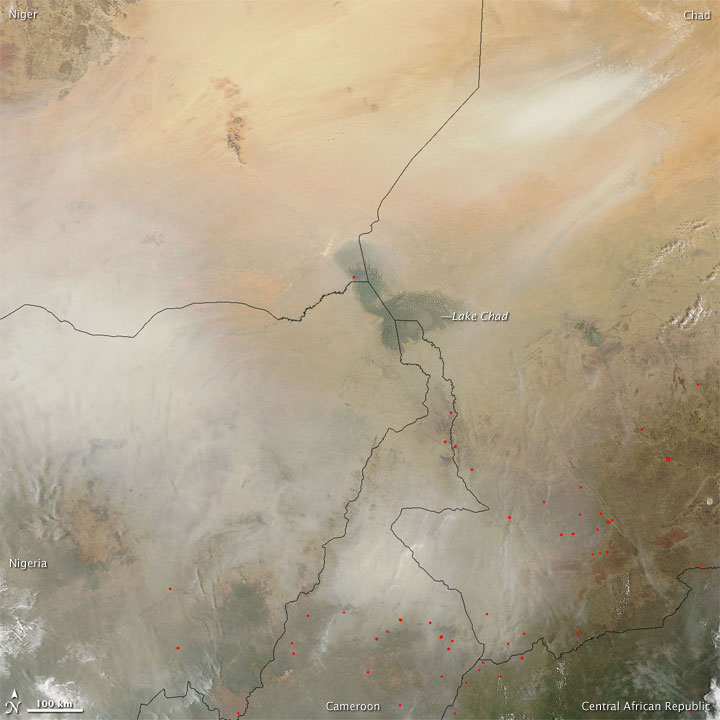 In the upper right corner of this image, dual dust plumes blow out of the Bodele Depression toward Lake Chad. Frequent dust plumes in this area result from the natural wind tunnel between Chad’s Tibesti and Ennedi Mountains. Meanwhile, larger dust clouds hover over Nigeria, Cameroon, and southern Chad. These dust plumes are probably mixed with smoke. The red dots scattered across the bottom of this image are hotspots where MODIS detected unusually warm temperatures associated with agricultural fires and/or wildfires.

Multiple plumes of dust blew over the countries that fringe Lake Chad on February 11, 2009.

Dust Plumes from the Bodele Depression

Dual dust plumes blew out of the Bodele Depression in late December 2008. 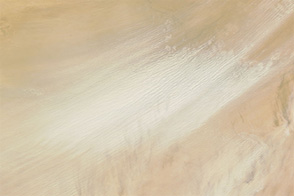 Dust and Smoke near Lake Chad

Image of the Day Heat Land Dust and Haze