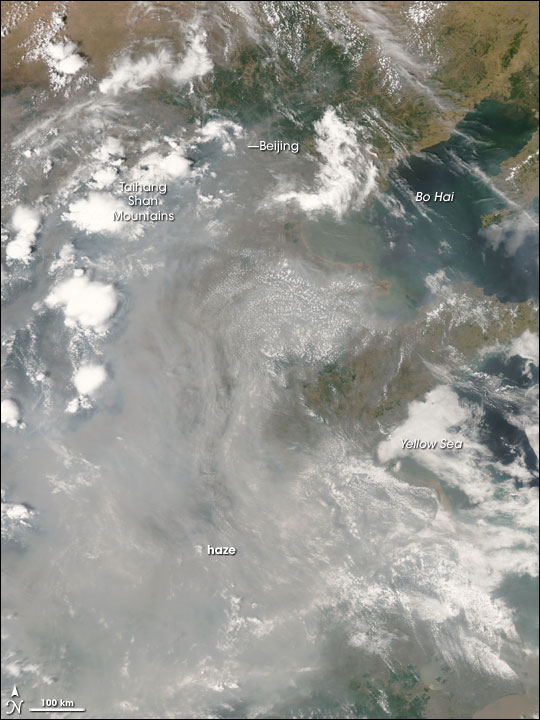 Dingy gray haze clouded the skies over eastern China on June 12, 2008. The Moderate Resolution Imaging Spectroradiometer (MODIS) on NASA’s Aqua satellite took this picture the same day. In this image, skies appear relatively clear to the north. In the south, however, the haze grows thick enough to nearly become opaque. Mixed with the haze are bright white clouds, especially along the coast and over the Taihang Shan (Mountains).

One day before MODIS acquired this image, Agence France-Presse (AFP) reported that worsening air pollution was causing at least 10,000 deaths per year in southern China.

A nearly opaque plume of haze snaked through eastern China on October 20, 2007. The haze likely results from industrial and vehicular emissions as China struggles to balance economic growth with a healthy environment.