Phytoplankton May Be Abundant Under Antarctic Sea Ice 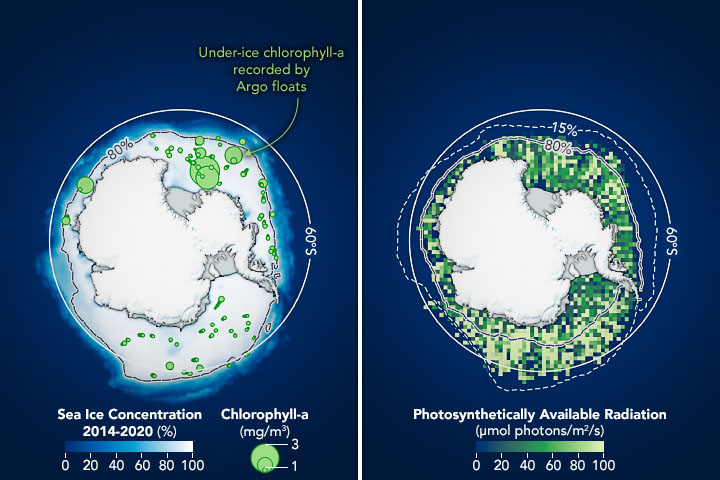 A decade ago, scientists on a NASA-sponsored ocean expedition found massive populations of phytoplankton blooming beneath sea ice in the Arctic Ocean. Now scientists using underwater instruments and a NASA satellite have found evidence of potentially significant blooms beneath the sea ice encircling Antarctica. The findings were recently published in the scientific journal Frontiers.

Phytoplankton are to the ocean what grasses are to land: these floating, plant-like organisms soak up sunshine, sponge up mineral nutrients, and create their own food (energy) through photosynthesis. Phytoplankton grow just about anywhere there are open, sunlit patches of ocean. When conditions are right, these collections of microscopic cells can blossom to scales that are visible from space. They are a critical food source for other life in the ocean and a key carbon recycler and disposer for the planet.

But until recent studies, the conventional wisdom was that ice cover prevented the growth of phytoplankton for most of the year in the ocean around Antarctica because very little sunlight could penetrate to the water below. However, new evidence shows there are just enough cracks, thin spots, and gaps to let sufficient daylight through the sea ice.

“Around Antarctica, the compact sea ice seems pretty impenetrable to light,” said Chris Horvat, a sea ice scientist at Brown University and the lead author of the new study. In the wide and coarse views from most satellites, ice cover can appear uniform and sheet-like, reinforcing the idea that light would be too scarce and faint for plant-like life below.

But viewed from below the ocean surface—and now with the laser eyes of NASA’s Ice, Cloud and land Elevation Satellite 2 (ICESat-2)—scientists see that Antarctic sea ice is actually riddled with fractures and openings. Sunlight slips through the cracks and provides the energy for notable under-ice blooms in the Southern Ocean. For reference, the photograph below shows an aerial view of sea ice around Antarctica on October 29, 2017. 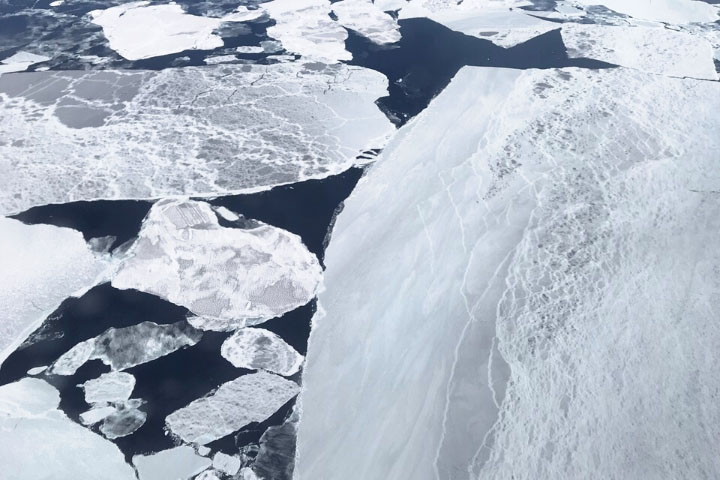 Horvat and colleagues pulled together three lines of evidence. First, they examined data collected by with the laser eyes of NASA’s Argo floats—underwater instruments that measure different properties of the ocean from the surface to roughly 2,000 meters (7,000 feet) in depth. The cylinder-shaped instruments drift with currents and rise and fall through the ocean, occasionally surfacing to relay their data back to land-based laboratories via satellite transmitters. Argo floats deployed since 2014 can detect the presence of chlorophyll and particulate carbon in the water, both of which can indicate the presence of phytoplankton.

Examining data from more than 2,000 under-ice dives over seven years, the research team found that nearly all measurements showed phytoplankton accumulating even before the sea ice had retreated in Southern Hemisphere spring and summer. In a quarter of those measurements, enough phytoplankton had amassed to suggest blooming events were underway.

Given those observations, the team analyzed ice conditions with ICESat-2 data to develop a picture of where and how much light was penetrating through the cracks and openings in Antarctic sea ice. The primary instrument on ICESat-2 is a laser altimeter, which sends pulses of light toward Earth’s surface and then measures, to within a billionth of a second, how long it takes individual photons to return to the satellite. From this information scientists can derive the height of sections of ice—and also spot the cracks and gaps between them.

Finally, building off of ice-cover models from the Coupled Model Intercomparison Project Phase 6, Horvat and colleagues estimated the location and thickness of Southern Ocean ice cover and how it moved. They also derived estimates of photosynthetically available radiation (PAR), a measure of the sunlight needed to sustain blooms in the ocean. They found 3 to 5 million square kilometers (1.2 to 1.9 million square miles)—an area larger than India—of the ice-covered Southern Ocean could allow enough light to penetrate and support some under-ice blooms.

Data collected during the study are represented on the maps at the top of this page. The left map shows the location and abundance of likely phytoplankton blooms and their position within the icepack from 2014-2020. The right map combines satellite data and models to show where there was likely enough light penetrating the ice to sustain blooms.

“Scientists have talked about the potential for blooms here, but this is the first time we are seeing them under the ice in Antarctic waters,” said Horvat. “The blooms have probably always been there, we just haven’t had the capacity to observe them. This finding opens up a whole new way of thinking about life around and under the ice. Sea ice is more interesting and diverse than people think, and it can support a wide range of ecological communities.”

Horvat is part of a team that is developing new sea ice products from ICESat-2 to get an even better sense of the mosaic-like texture of sea ice. They also hope to follow up on the under-ice bloom study by investigating how extensive and how frequent the blooms are, and if there is seasonality to them.

“The paper describes some interesting observations in a relatively poorly studied region of the global ocean,” added Michael Behrenfeld, an Oregon State University ocean ecologist who was not part of the study. “Under-ice blooms have earlier been reported in the Arctic, but this new study clearly documents these types of blooms in the Southern Ocean. An important difference between these two polar regions is that the total area of suitable conditions for under-ice blooms is much greater around Antarctica. Thus, when integrated over area, these Southern Ocean blooms may be a very large mass of plankton.”

New evidence shows that a sufficient amount of daylight penetrates the ice to sustain blooms of floating, plant-like organisms. 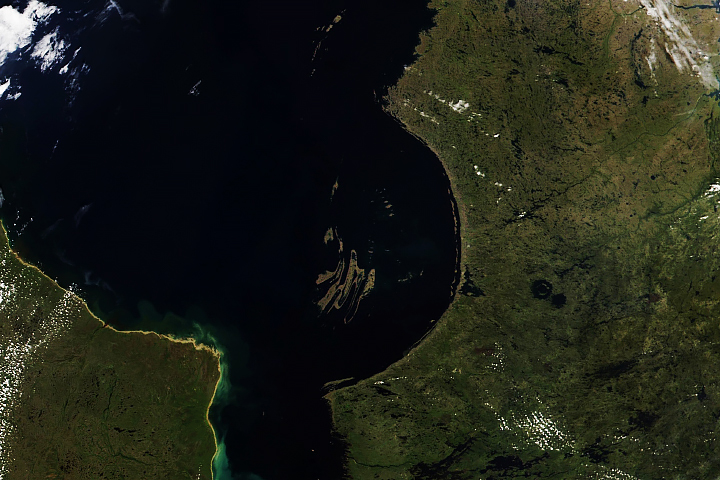 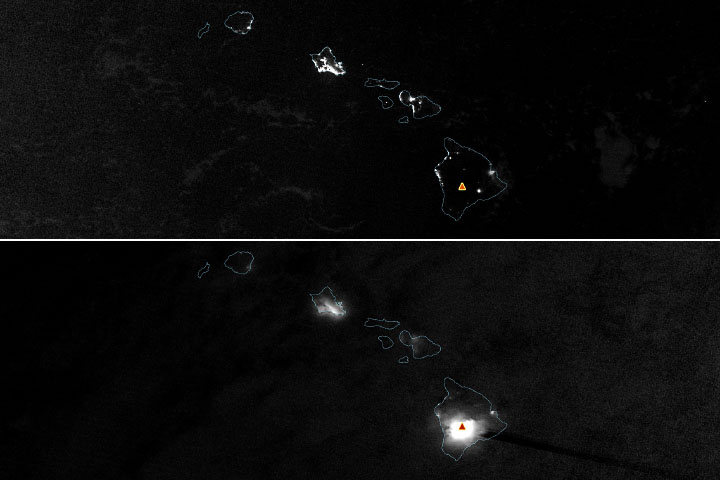 This map shows sea ice extent around Antarctica on September 22, 2013, when ice covered more of the Southern Ocean than at any other time in the satellite record.

This pair of images shows Antarctic sea ice concentrations at the 2008 winter maximum and the 2009 summer minimum compared to the median ice extent from 1979–2000.