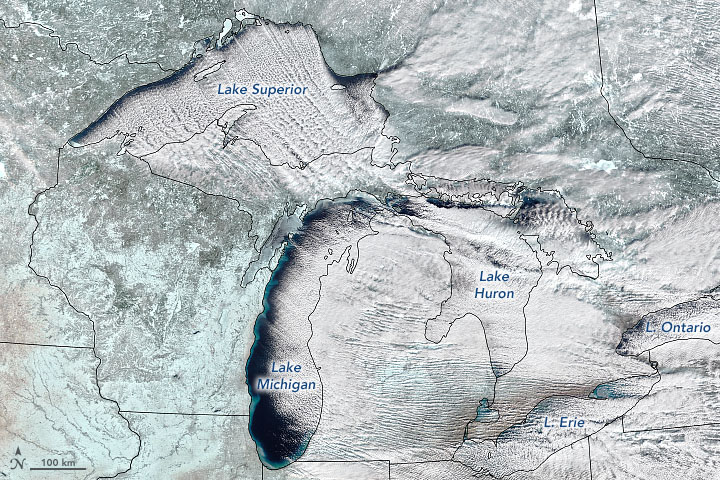 Mid-winter in North America often brings blasts of cold wind blowing south from the Arctic or the Canadian interior. In addition to stirring up snowy weather and freezing the Great Lakes, the winds can create features that look like long white highways across the sky.

Cloud streets are parallel bands of cumulus clouds that form when frigid air near the surface blows over warmer waters, while a warmer air layer (a temperature inversion) rests over the top of both. The comparatively warm water gives up heat and moisture to the cold air, leading columns of heated air (thermals) to rise through the atmosphere.

The warm air in the temperature inversion acts like a lid such that the moist, rising thermals hit the air mass above and roll over on themselves. This creates parallel horizontal cylinders of rotating air. On the upward side of the cylinders (rising air), the moisture cools and condenses into flat-bottomed, fluffy-topped cumulus clouds that line up parallel to the direction of the wind. Along the downward side (descending air), skies remain clear to make a cloudy-clear-cloudy striping pattern.

The Moderate Resolution Imaging Spectroradiometer (MODIS) on NASA’s Terra satellite spied such an event over the Great Lakes on January 10, 2022. The image is a composite of natural color, shortwave infrared, and near infrared—a combo that helps distinguish snow and ice (blue/cyan) from clouds (white). The cloud streets that day stretched across hundreds of kilometers, mostly arising from Lake Superior and Lake Michigan.

Cloud streets are more common over the Great Lakes in the early part of winter, as the fresh water is still cooling down from summer and winter ice is starting to form. The cloud phenomenon also coincides sometimes with lake-effect snow downwind.

Winter winds can create long, thin cloud bands that stretch hundreds of kilometers across the sky. 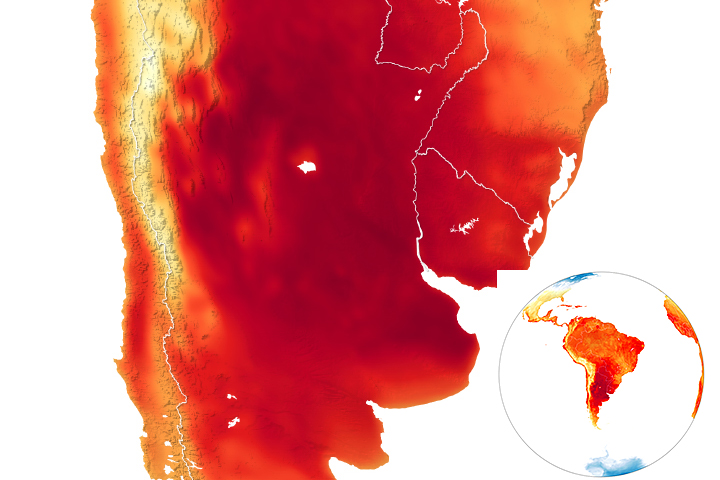 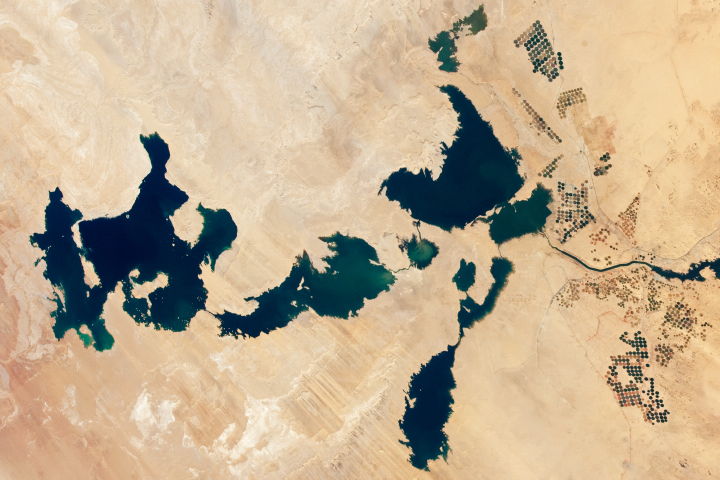 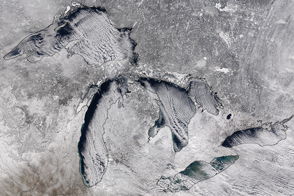 Cloud Streets Over the Great Lakes

Long bands of cumulus clouds lined up over the Great Lakes in this spectacular display of “cloud streets.”

Cloud Streets over the Black Sea

The Aqua satellite captured this image of cloud streets over the Black Sea in January 2015.

Cloud Streets over the Hudson Bay

Cloud Streets over the Atlantic and Pacific Oceans

In the midst of a sharp cold snap, the Terra satellite captured this image of cloud streets over the Atlantic Ocean.