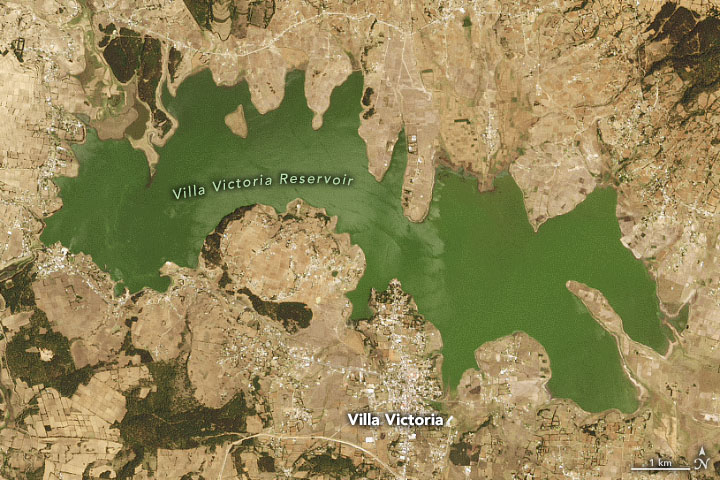 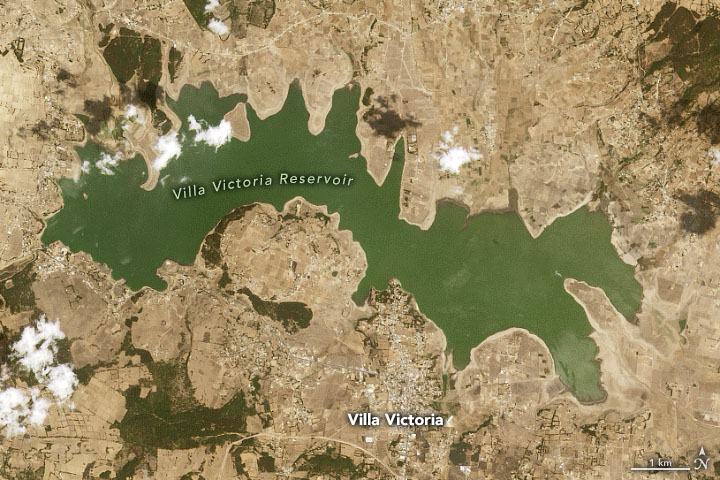 Mexico is experiencing one of its most widespread and intense droughts in decades. Nearly 85 percent of the country is facing drought conditions as of April 15, 2021. Large reservoirs across the country are standing at exceptionally low levels, straining water resources for drinking, farming, and irrigation. The mayor of Mexico City called it the worst drought in 30 years for the city, which is home to about 9 million people.

The images above, acquired by the Operational Land Imager (OLI) on Landsat 8, show one of the major water supplies to Mexico City, the Villa Victoria reservoir. The right image shows the reservoir on March 30, 2021, the best recent cloud-free Landsat overpass. The left image shows more typical levels on March 27, 2020. More recent imagery, although cloudier, shows water levels have continued to decline. Villa Victoria is filled to about one third of its normal capacity.

According to the newspaper El País, roughly 60 other large reservoirs, mostly in northern and central Mexico, were below 25 percent capacity. Due to the low supply, government managers have reduced water flow from the reservoirs. Some residents have been left without running water.

The map below further highlights effects of the drought by showing where vegetation is stressed due to lack of water, or Evaporative Stress Index (ESI) data. ESI incorporates observations of land surface temperatures from National Oceanic and Atmospheric Administration satellites and observations of leaf area index from the Moderate Resolution Imaging Spectroradiometer (MODIS) on NASA’s Aqua and Terra satellites. The observations are used to estimate evapotranspiration, or how much water is evaporating from the land surface and from the leaves of plants. Based on variations in land surface temperatures, the ESI indicates how the current rate of evapotranspiration, averaged over twelve weeks from early February to April 30 in this map, compares to normal conditions. Negative values are below normal rates and indicate plants that are stressed due to inadequate soil moisture. 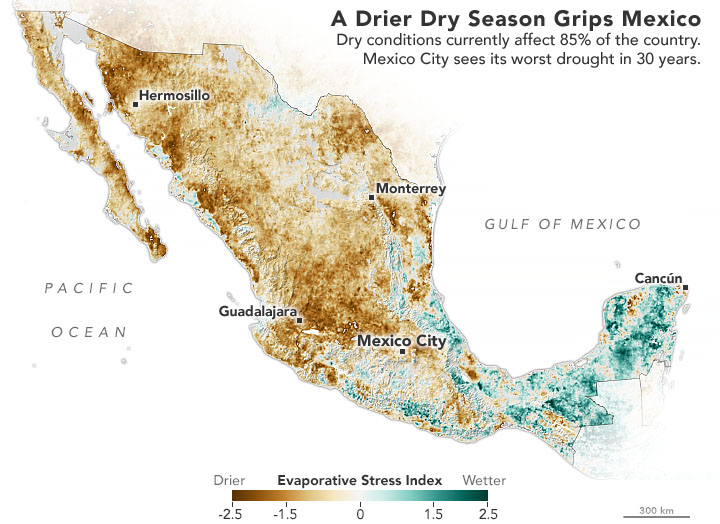 According to Mexico’s National Meteorological Service, the northwest and northeast have recently moved from severe to extreme drought. Agriculture analysts project some crop production to suffer, such as white corn in Sinaloa (Mexico’s largest corn producer).

From October 1, 2020 to April 18, 2021 (during dry season), the meteorological service reported the country experienced around 20 percent less rainfall than normal. Several areas in the east, west, and southeast of Mexico also hit temperatures above 35°C (95°F).

Wet months in 2020 also received low rainfall, in part due to the recent La Niña event. Unusually cold water in the eastern Pacific Ocean inhibits the formation of rain clouds and results in less precipitation over Mexico and the southern United States.

Mexico is approaching one of its worst widespread droughts on record. In 2011, drought conditions covered 95 percent of the country and sparked famine in Chihuahua State. In 1996, the country experienced its worst drought on record and suffered huge crop losses.

Nearly 85 percent of Mexico is experiencing drought, and water sources are dwindling. 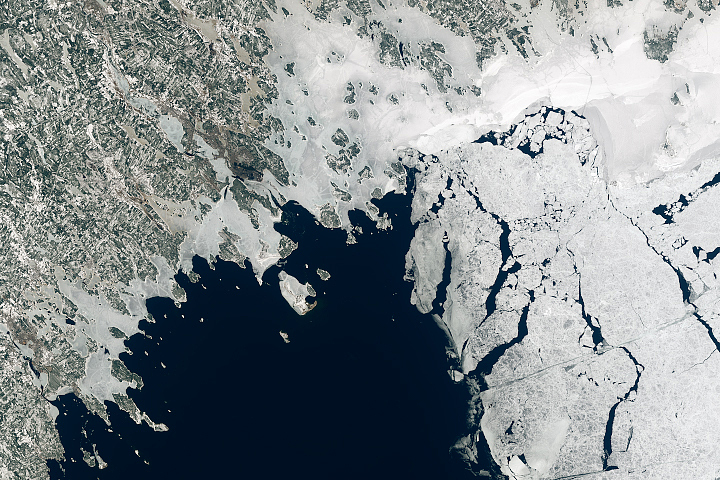 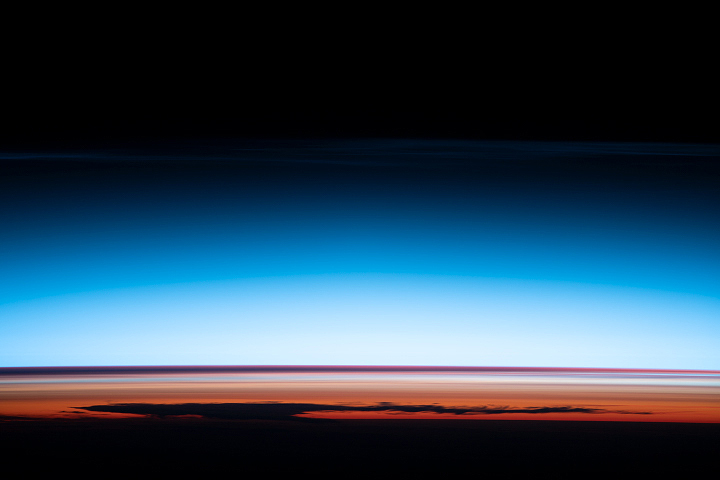