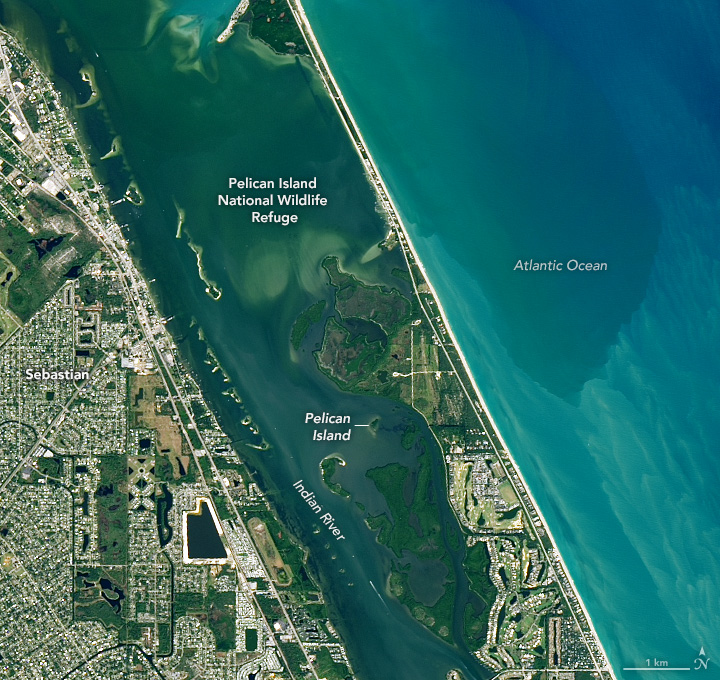 Elaborate feathered hats—sometimes festooned with whole birds—were fashionable in the Victorian era. At the height of the trend, certain plume feathers were worth more than their weight in gold. As a result, hunters killed millions of birds every year, pushing some species to the brink of extinction.

The Indian River Lagoon on Florida’s Atlantic coast—seen here in a Landsat 8 image—was prime hunting ground. Because it straddles temperate and subtropical climate zones, the shallow estuary was (and still is) among the most biodiverse in the United States. The area supports more than 300 bird species, including large populations of egrets, herons, spoonbills, and other showy wading birds that frequent the lagoon to stalk fish and nest in its dense thickets of mangroves.

One small, uninhabited island in the lagoon was well known for the brown pelicans that lived there. The pelican colony was so large that a layer of white guano often blanketed the island, making it appear as if snow had recently fallen, as one naturalist noted in 1879. It was not just plume hunters who were after the birds. Fisherman also slaughtered pelicans whenever they could for fear that the birds were stealing their catch.

By 1902, the island had the only surviving brown pelican colony on Florida’s Atlantic coast. With populations of other species also dwindling, a local farmer and bird lover named Paul Kroegel took action. When hunters showed up in the area, he would sail out to greet them with a double-barreled shotgun and encourage them to move along, putting his life in danger in the process.

Word of Kroegel’s efforts made their way to professional ornithologists and eventually to President Theodore Roosevelt. Disturbed by the killing of so many of Florida’s birds, Roosevelt signed in executive order in 1903 making Pelican Island a federal bird reservation, with Kroegel soon named as the first warden. The protected area later became the first unit of America’s national system of wildlife refuges. Though he was paid only $1 per month, Kroegel took the warden position seriously, upgrading from a sailboat to a motorboat for his patrols, and installing a large American flag near the island. 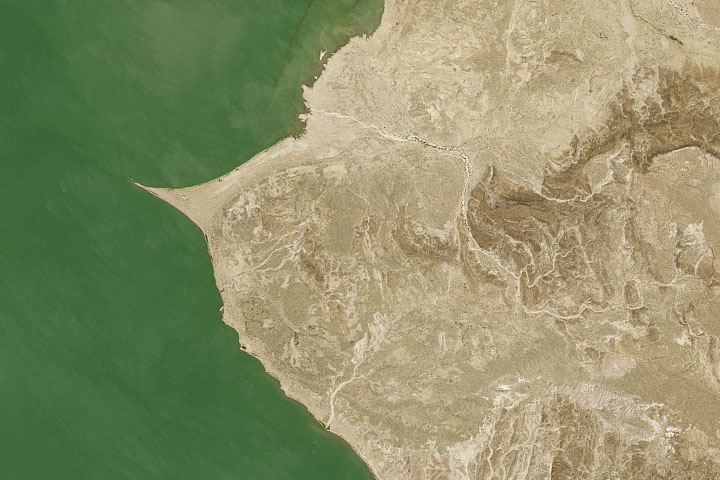 The plumes of smoke billowing into the sky represent the greatest danger the Honey Prairie Fire posed on May 8, 2011, when the Landsat-7 satellite captured this image.