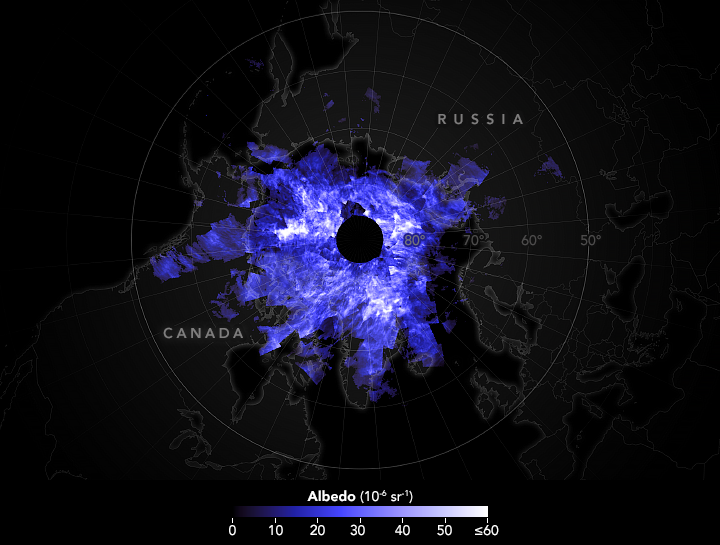 Every summer in the Northern Hemisphere, electric blue streaks form high in the atmosphere. These seasonal clouds typically lurk about 80 kilometers (50 miles) overhead in the mesosphere around the Arctic, but every once in a while they form at lower latitudes. In 2019, the clouds showed up in places where they were only rarely seen in the previous decade, including California, Colorado, and France. This year, the clouds are equally impressive.

“It‘s another incredible year,” said Lynn Harvey, an atmospheric scientist at the Laboratory for Atmospheric and Space Physics at the University of Colorado. “When noctilucent clouds extend to mid-latitudes—where people live and notice them on a daily basis—we consider that a noteworthy season.” This year’s clouds have been seen as far south as Joshua Tree, California.

Noctilucent clouds form when water vapor aggregates and freezes around specks of meteor dust floating in the mesosphere. These thin, wavy ice clouds reflect sunlight and usually shine bright blue and white. Known as “night-shining” clouds, they typically appear around dusk or dawn when the Sun is below the horizon at an angle that lights the clouds from below.

The image above shows a satellite view of noctilucent clouds on June 23, 2020. The image is centered on the North Pole and is stitched together from data acquired in several orbital passes by NASA’s Aeronomy of Ice in the Mesosphere (AIM) spacecraft. AIM’s Cloud Imaging and Particle Size (CIPS) instrument measures albedo, or the amount of light reflected back to space by the high-altitude clouds. The clouds appear in various shades of light blue to white, depending on the properties of the ice particles.

The video above shows noctilucent clouds on July 7, 2020, at around 3:30 a.m. approximately 30 minutes north of Calgary, Canada. After snapping photos of noctilucent clouds for nearly a decade, photographer Chris Ratzlaff noted that he has had more sightings in 2020 than in past years.

Harvey said this year’s atmospheric conditions have been outstanding for noctilucent cloud formation. The clouds largely need cold temperatures and high water vapor concentrations—both of which have been present this summer and at record-breaking levels on some days at some latitudes.

The graphs below show daily average temperature and water vapor concentrations at 80°N latitude for the past 14 years (2007-2020). The graphs are based on data from Microwave Limb Sounder on NASA’s Aura satellite. 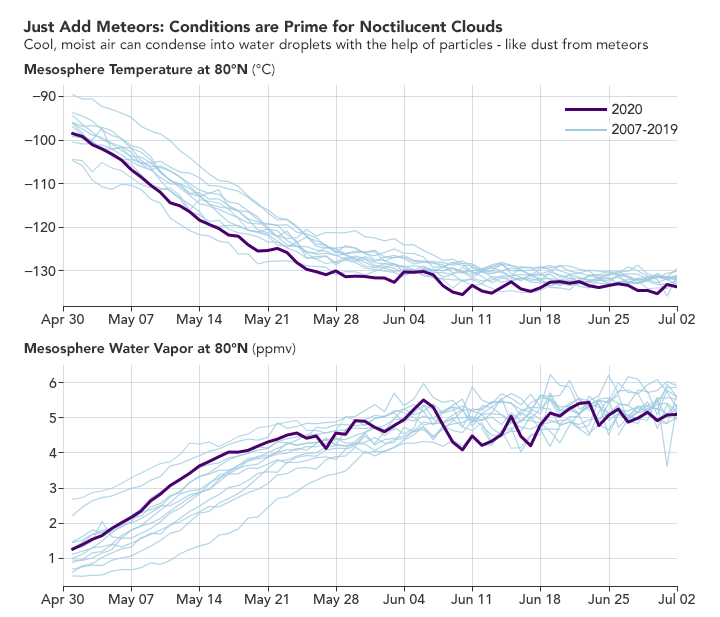 Note than on May 24, 2020, the mesosphere dropped to its coldest temperature in 14 years of records; that cold persisted into June. The mesosphere was also wetter than normal at the beginning of May, then the water vapor was likely converted to water-ice as the cloud season ensued. However, water vapor concentrations at lower altitudes (where clouds are more sparse) indicated an extremely wet atmosphere.

Harvey said the extra moisture and colder-than-normal temperatures can be traced to a few factors. First, the Sun is in a period of lower activity known as a solar minimum, so there is less ultraviolet radiation breaking up water molecules at high altitudes. Second, the mesosphere may be wetter due to air rising from lower layers of the atmosphere and carrying more moisture into the region.

“We do not yet understand whether the cold and wet conditions this year and last are due to solar influences or atmospheric circulation patterns,” said Harvey. 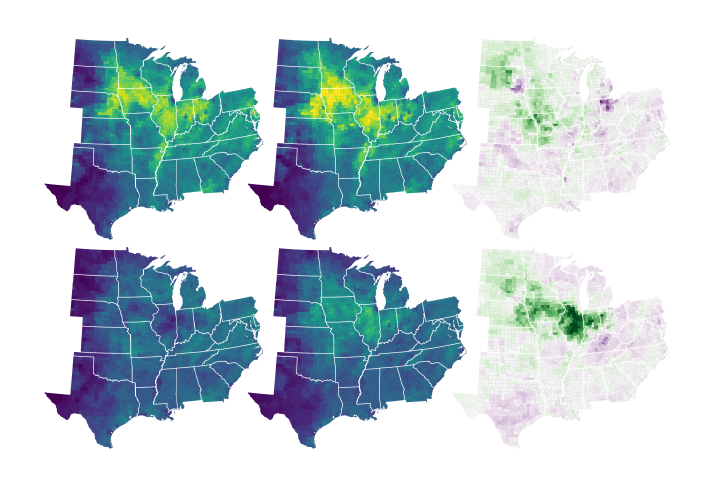