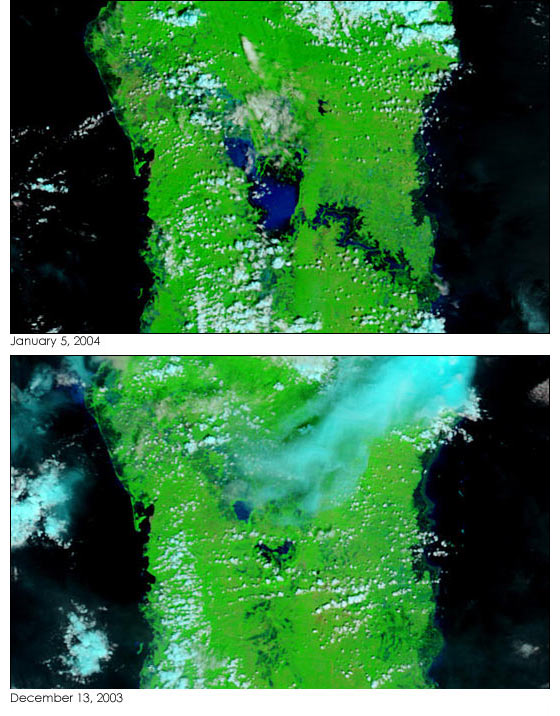 Days of heavy rain in Indonesia pushed Lake Tempe and the Tondano River, image center, to overflowing. The Lake and the Tondano River, both in Southern Sulawesi, rose to cover hectares of paddies and cacao plantations. The government reports that hundreds of homes and public facilities have been evacuated. The incessant rains have also caused fatal mudslides along the western coast of the island to the north and south of the area shown in these images.

These Moderate Resolution Imaging Spectroradiometer (MODIS) images show Lake Tempe and the Tondano River before (bottom) and during (top) the flood. In these false color images, water is blue and black, vegetation is bright green, and clouds are light blue. The flood image was taken on January 5, 2004, by the Terra satellite. The pre-flood image, also captured by the Terra satellite, was acquired on December 13, 2003.

Flooding in the Horn of Africa